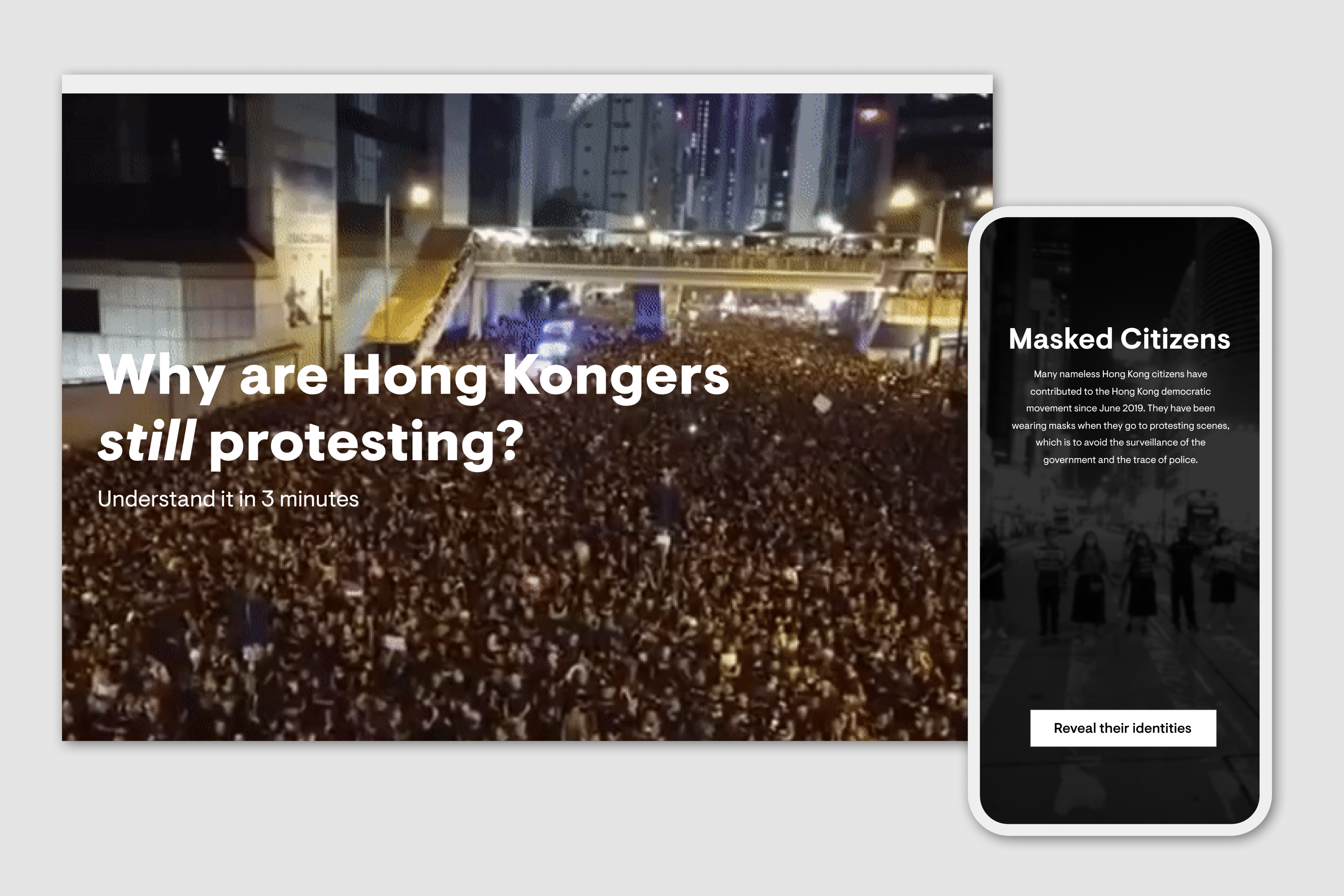 Many Hong Kongers have lost their lives or injured seriously in the ongoing democratic protests. Most news only captures violent scenes like fighting, beating and firing tear gas. However, behind the news, there are many personal stories, which tell their reasons for sacrificing their futures and lives to protest. As a Hongkonger, I want to make an app and a website that share the humane stories of the protesters to people around the world.

The Chinese Communist Party has continually eroded the promised autonomy and freedom in Hong Kong, which has triggered the ongoing protests since June 2019. Acting as a political puppet of China, the Hong Kong government uses iron-handed tactics to crackdown the protests. The mass surveillance and police brutality have turned the city into chaos. 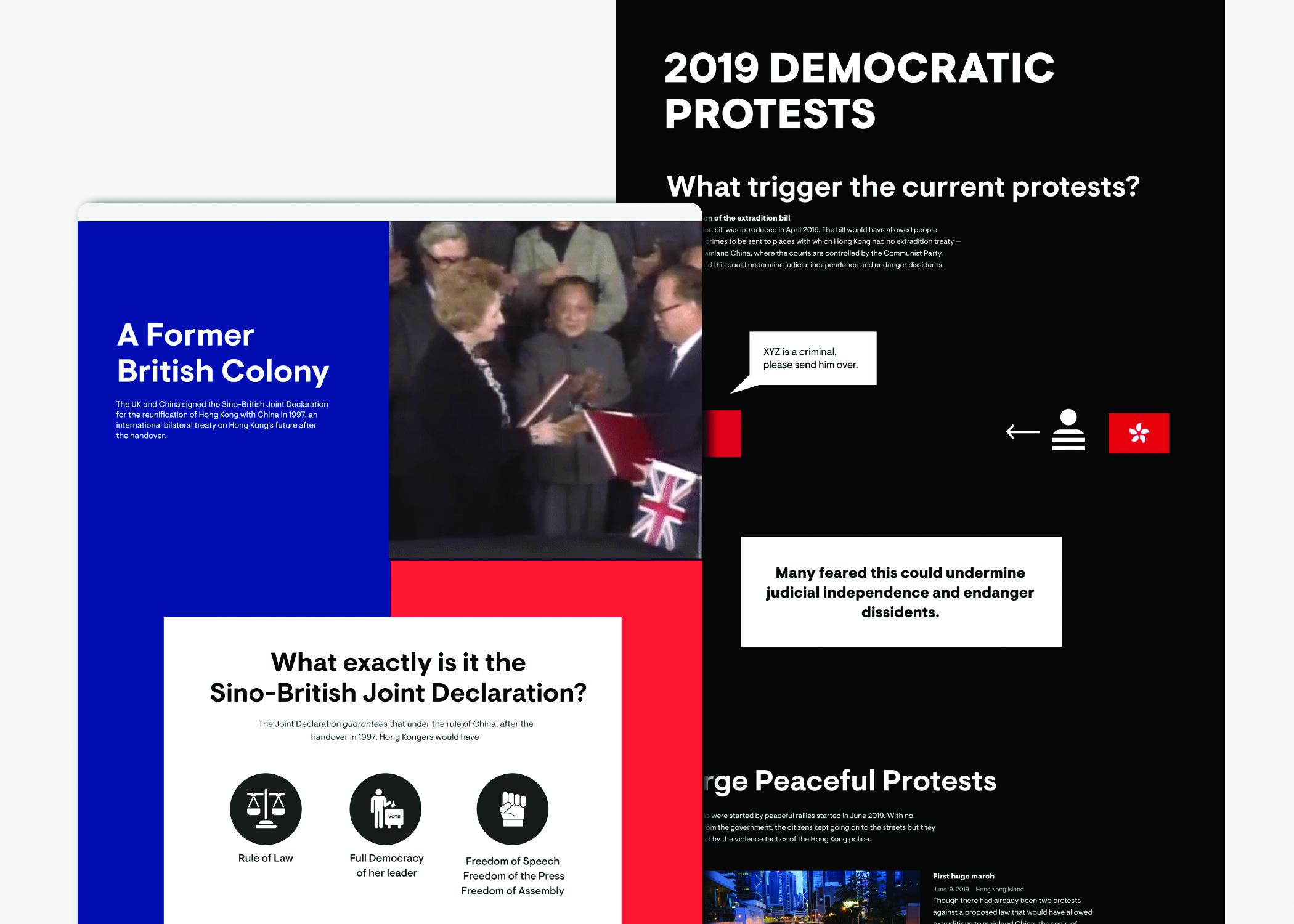 Many Hongkongers have lost their lives or injured seriously in the protests. However, their stories are understated. They did not get enough exposure in the news media outside Hong Kong.
Many nameless heroes have contributed to the protests. Therefore, I aim to use an interactive app "Masked Citizens" to give a more humanistic and intimate view for the foreign audience to understand the citizens who have participated in the protests. The app is named by the fact that Hongkongers need to wear masks to avoid the government's surveillance. The users could guess the identity of the citizens, which could prompt one's interest in the stories. Each story features the citizens' last letters or self-narrations, showcasing the reasons for sacrificing their futures and lives to protest. The stories are filled with desperate attitudes towards the future of the city. The app not only want to invoke the empathy of the audience on the citizens but also to resonate with the humanity that we all have. The interactive website is a complement source that can educate the novice audience on the background of the movement in a few minutes. 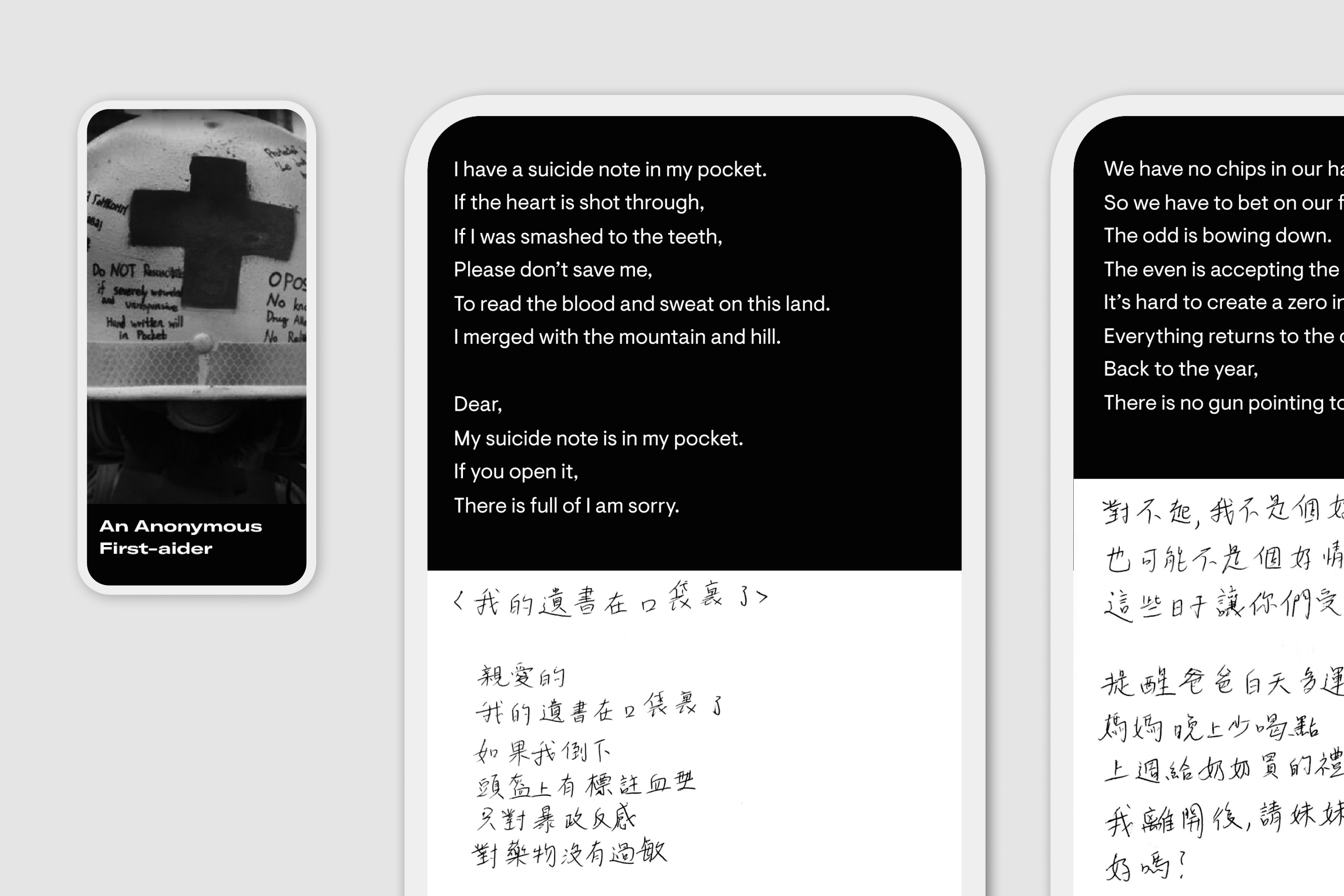 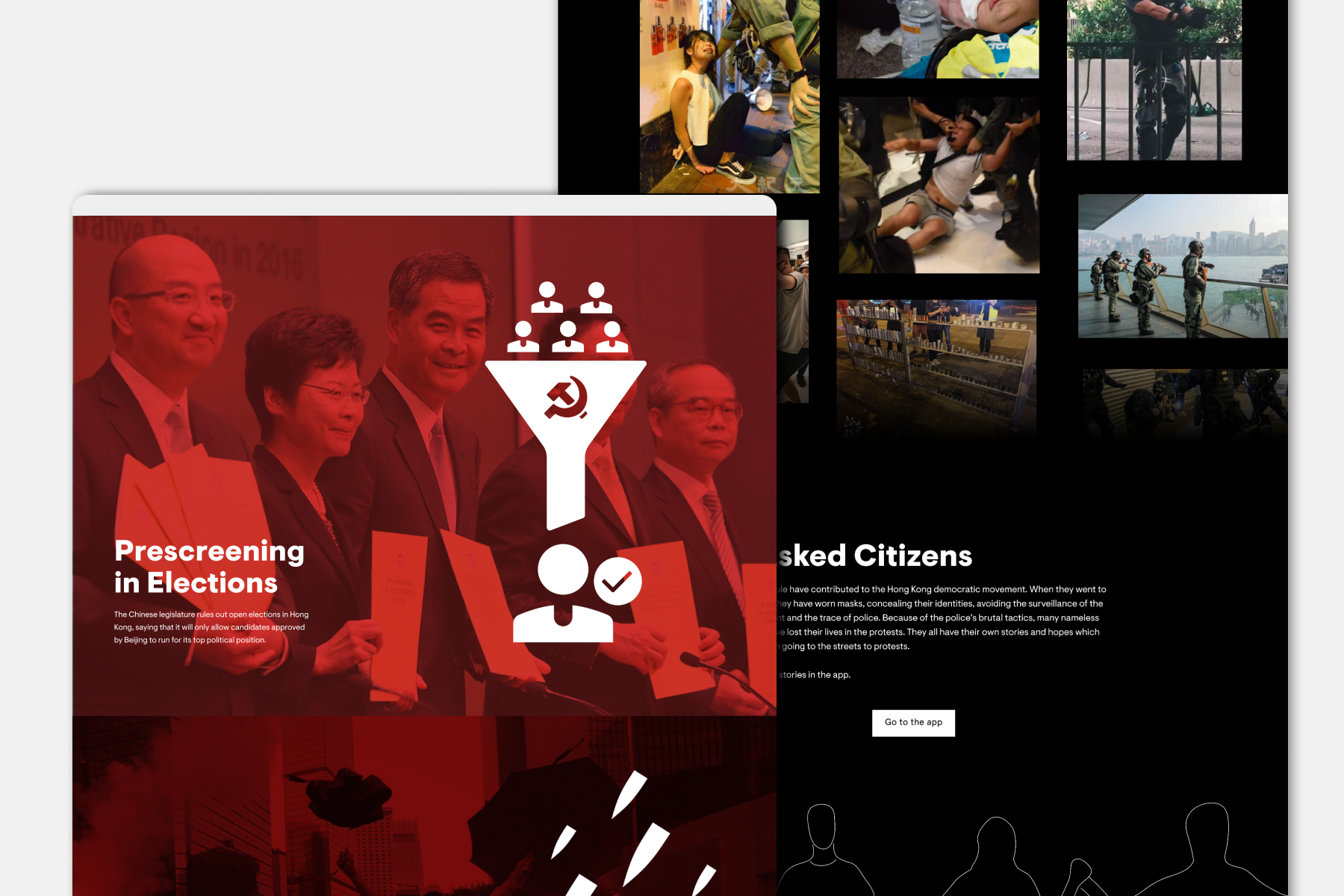 The interactive website is a complement source that can educate the novice audience on the background of the movement in a few minutes. 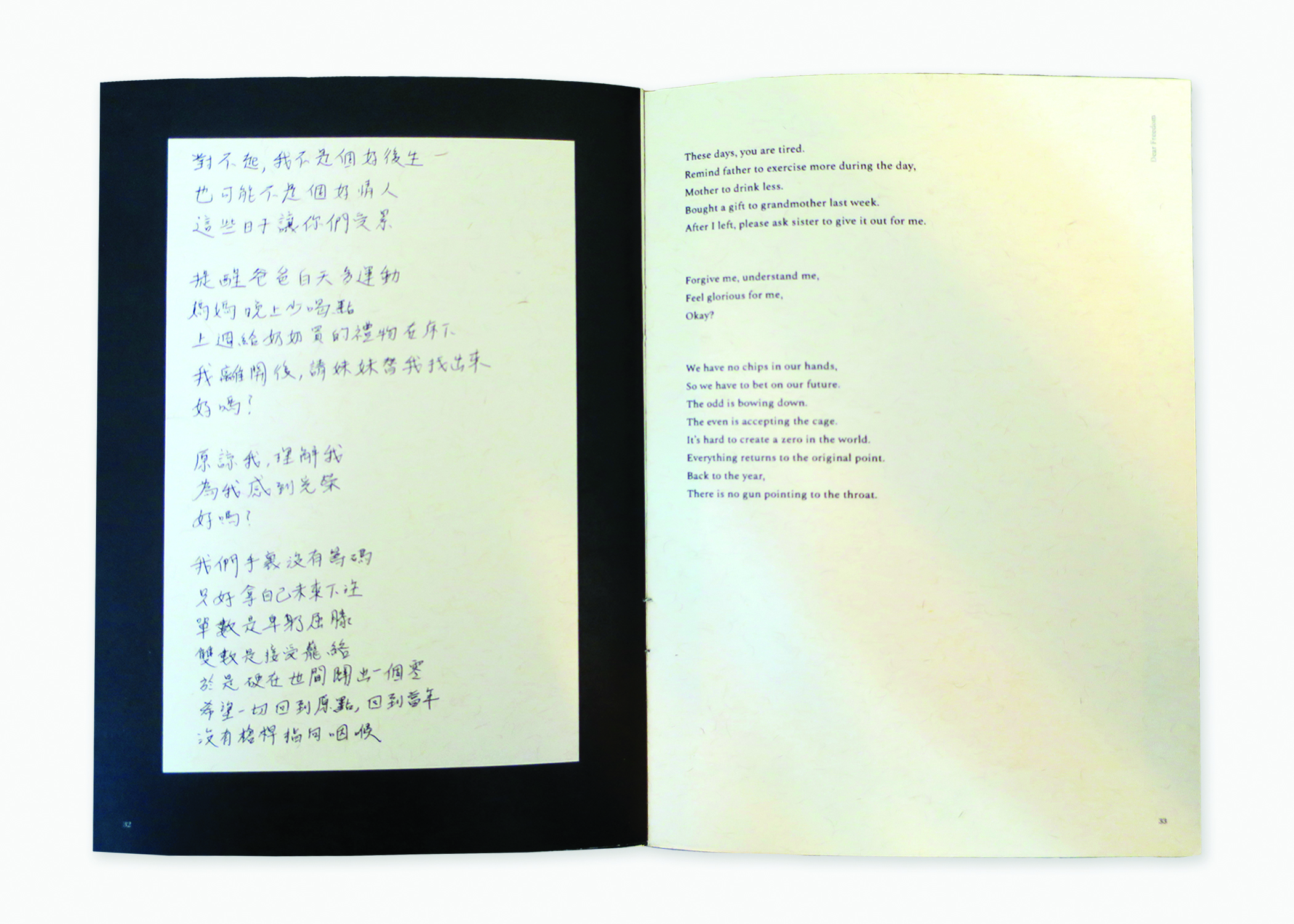 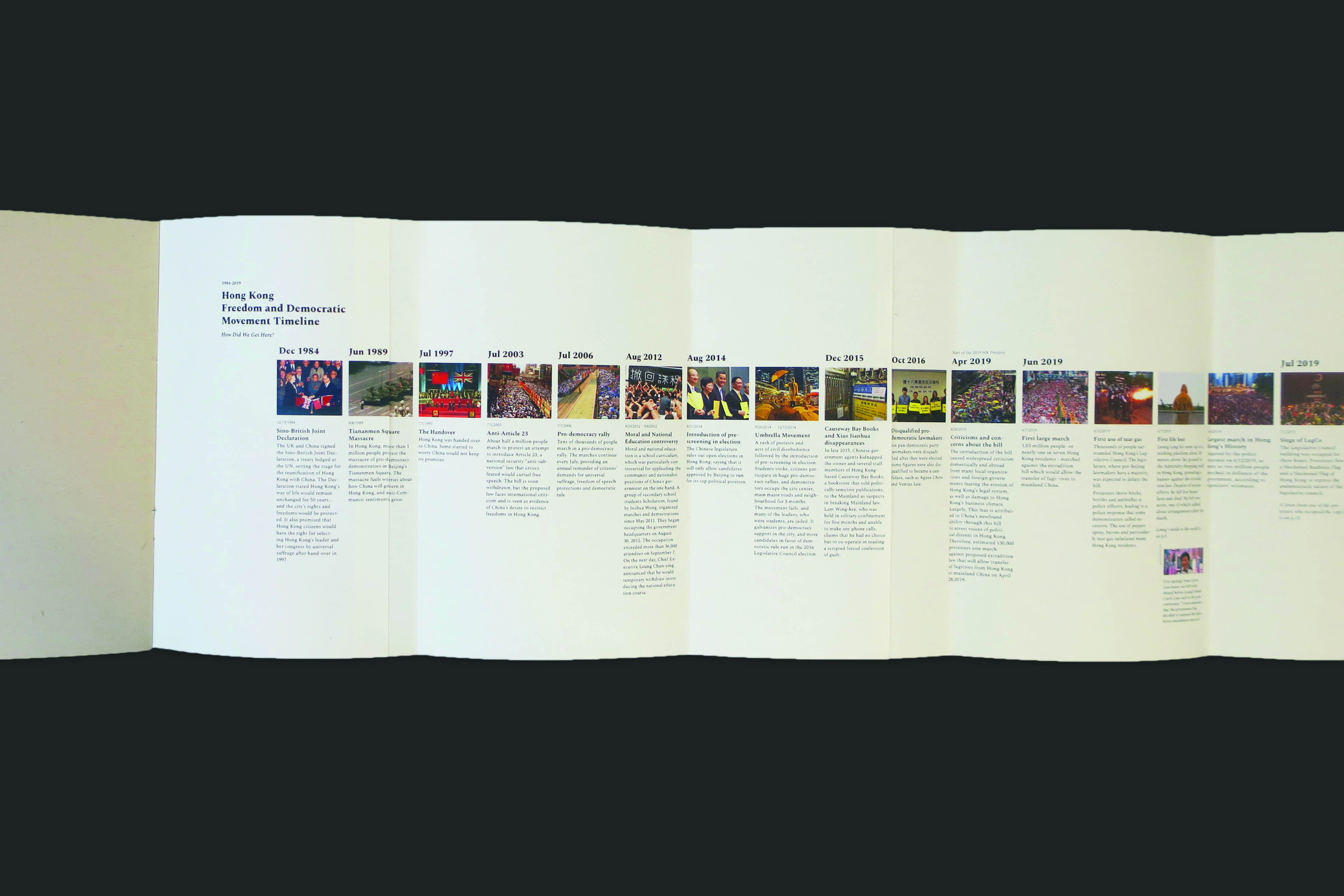 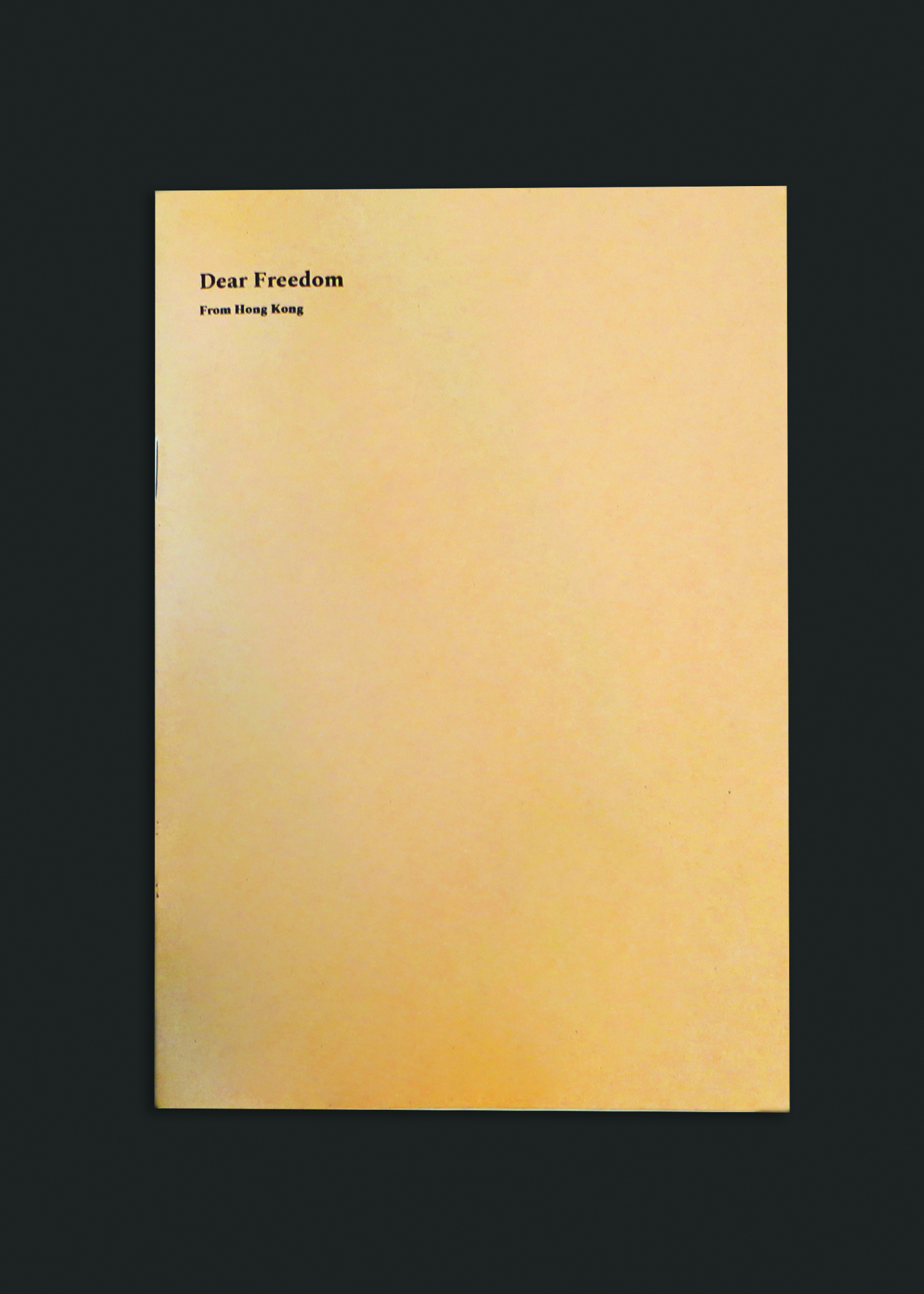 Besides, I made a book that collected all the hand-written last letter by the protesters as the physical touch of an actual book cannot be replaced by the digital interface. 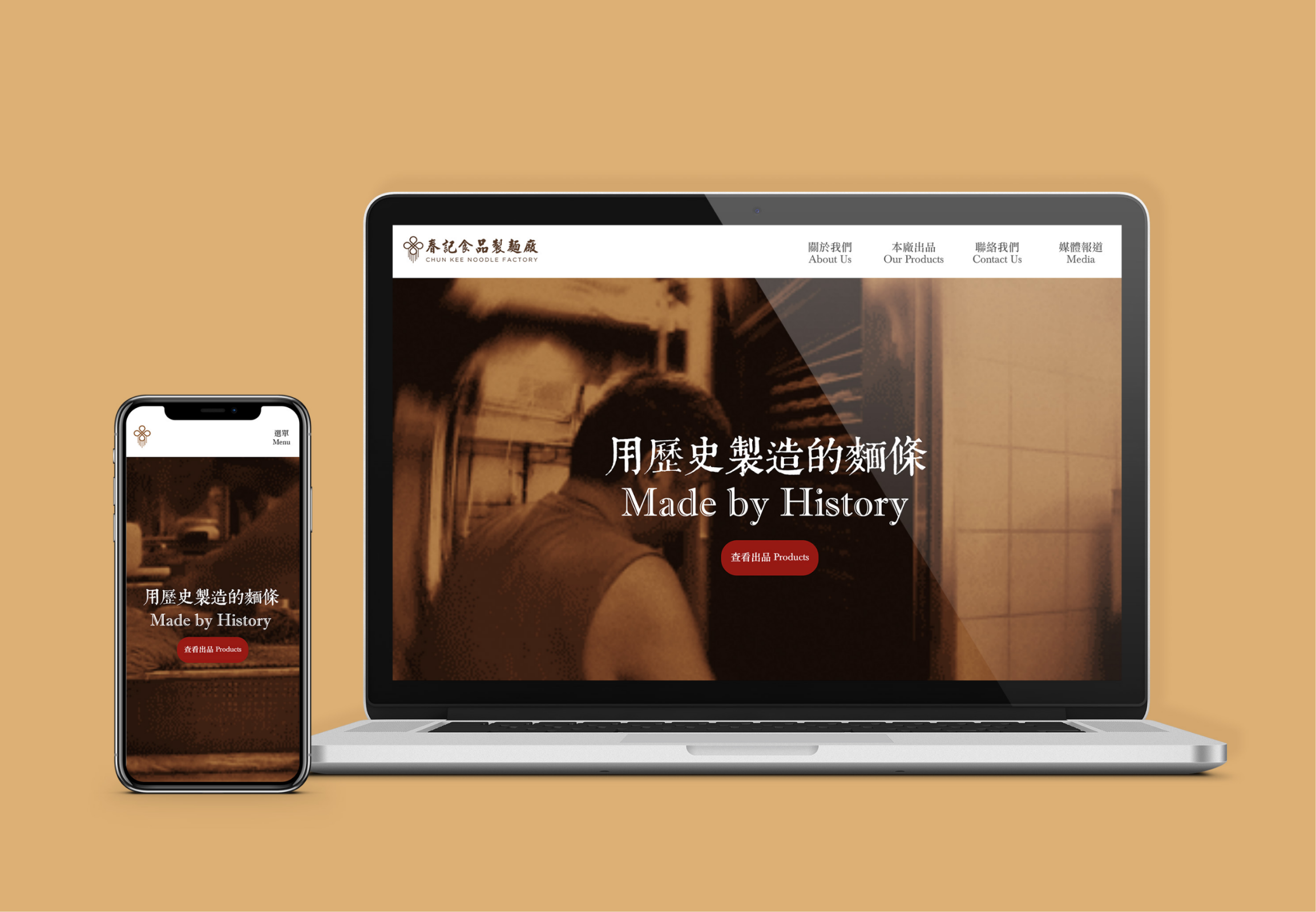 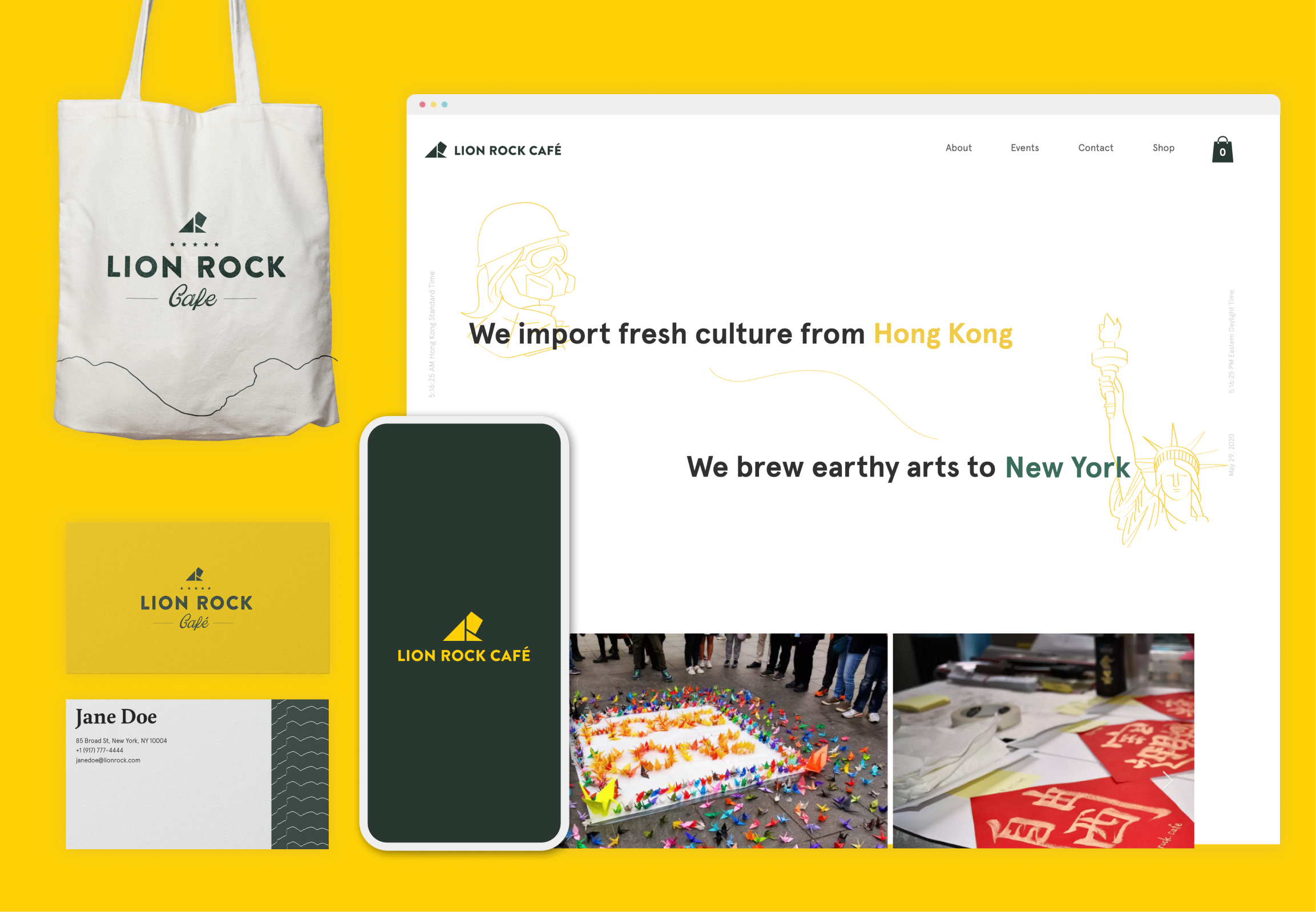 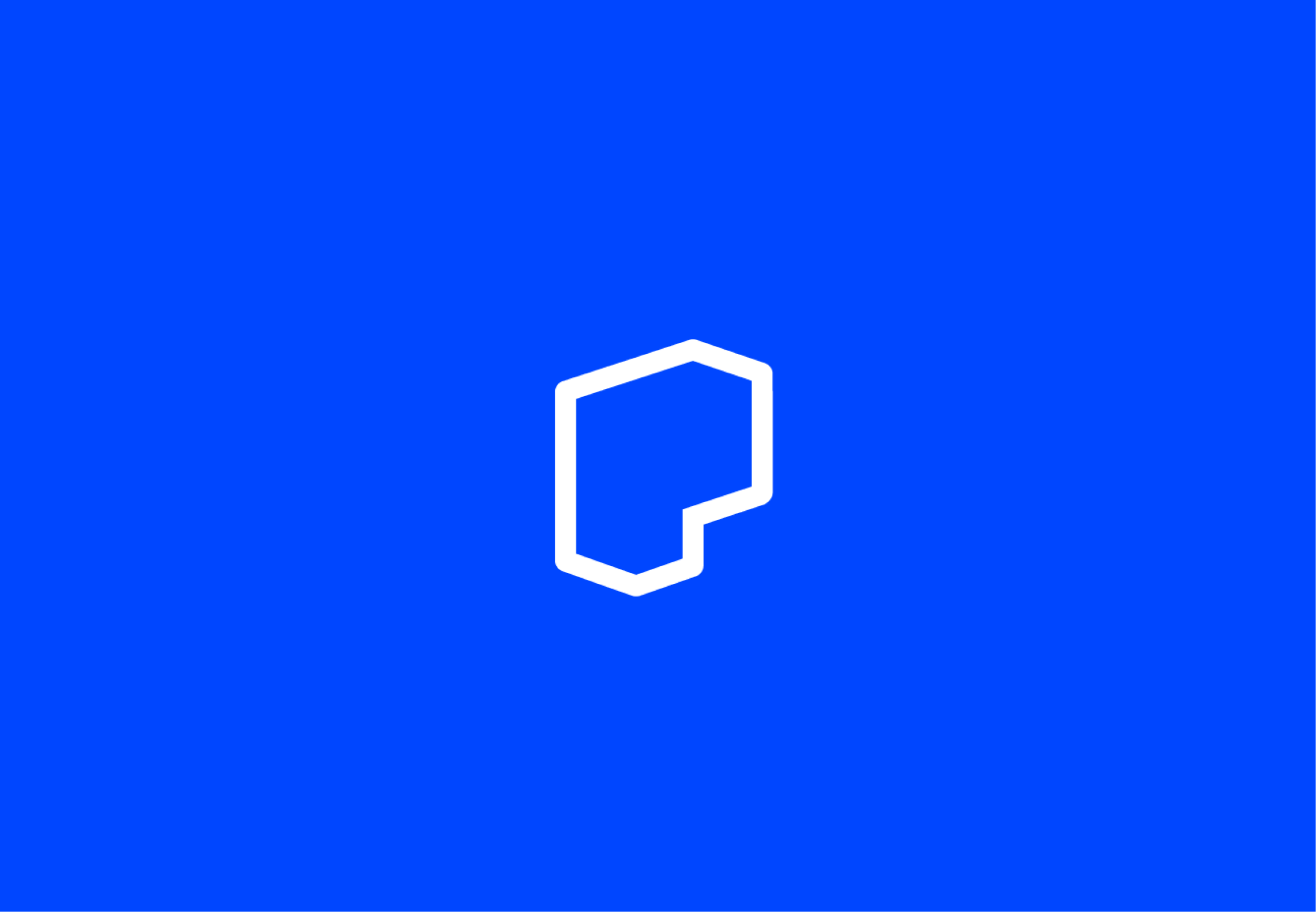